At Five Acres Primary School we believe that it is vitally important to listen to children and to give them a voice in how things are done. All pupils from Year One to Year Six are involved in our Democratic Circles. These began in Autumn 2016 and replaced our School Council. We wanted all children to have a chance to be involved in making decisions about the school which directly affect them. Through Circles we want to teach children about how to become active and involved citizens, who have a respect for other people and their opinions. 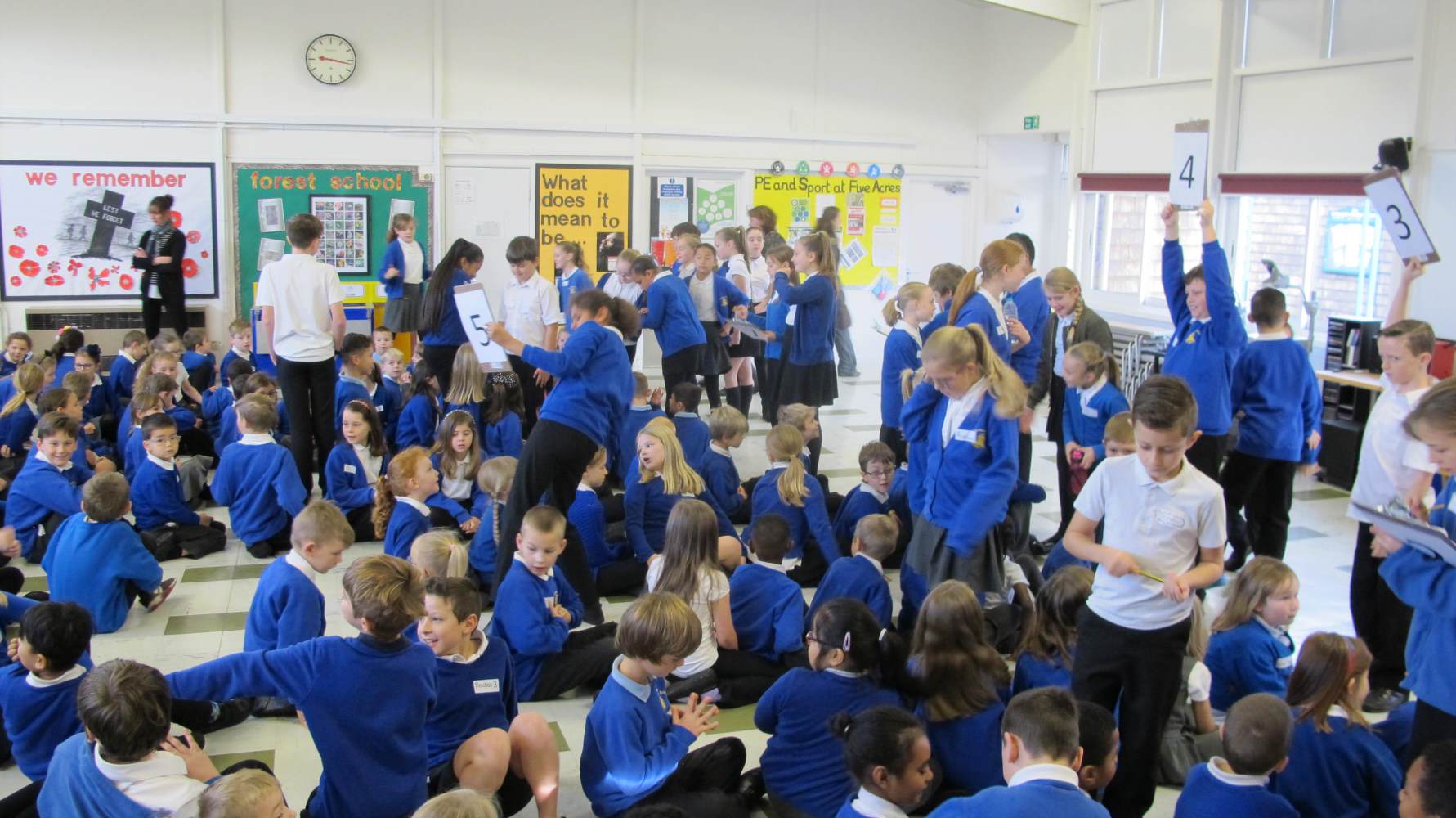 Circle leaders are year six children. They have an important job, because they are the people who help lead the conversation during Circles. Circle leaders listen to people, and write down what they say to record the different opinions in a group. Each Circle group also has adult members to help support the Circle leaders.
Circles are also about getting to know different children in school, so each Circle is made up of children from each class. Part of the circle leader role is to make sure everyone learns the names of all the people in their circle, and something about them. 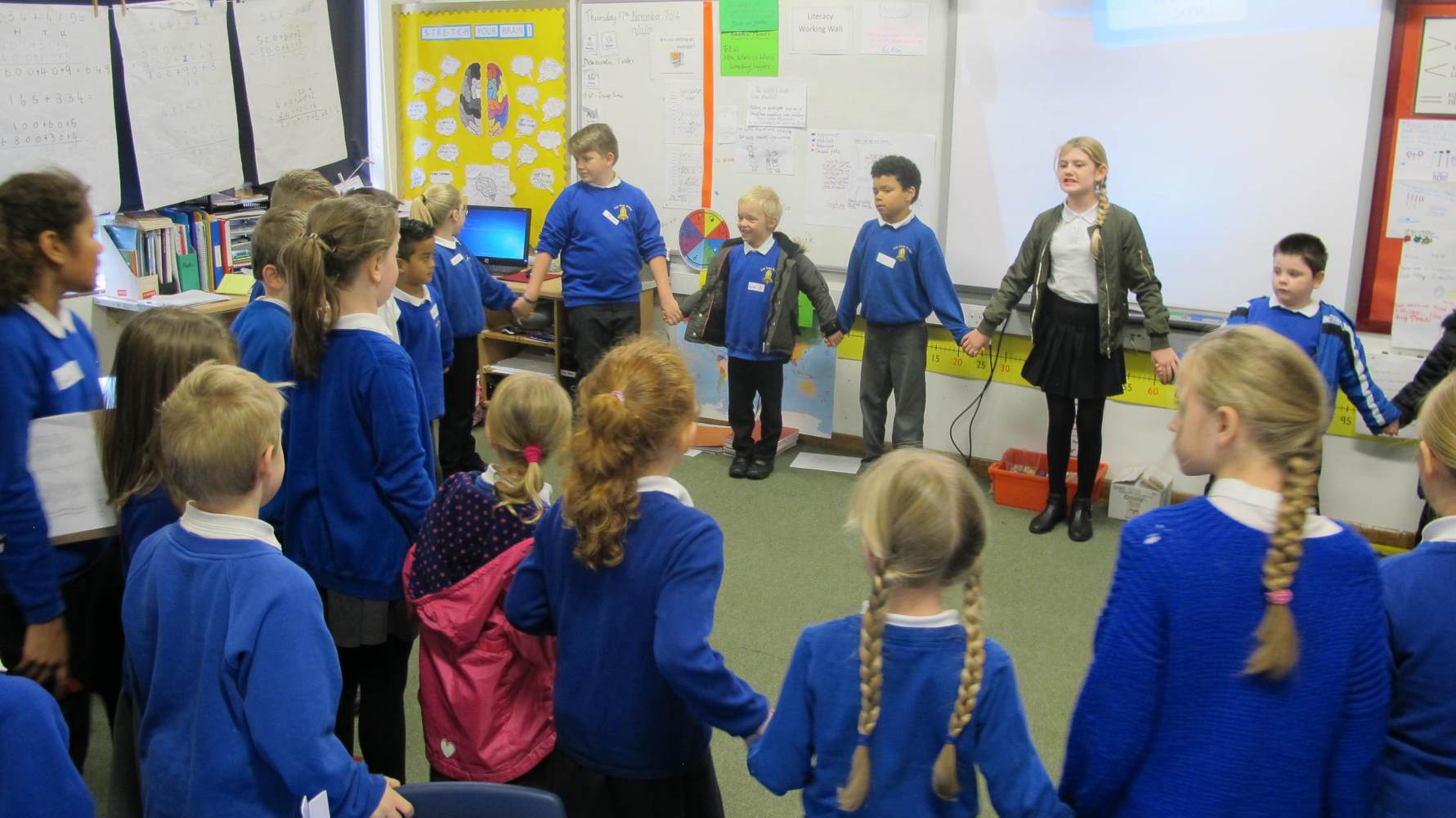 The staff and governors want to know what all our children think about what happens in school, and want the children to share in decision-making in school. Every half term two questions or topics are discussed and changes to the school suggested.
Circles help develop skills that the school and the government think are fundamental to living in Britain today.

Democratic Circles…
• encourage pupils to accept responsibility for their behaviour, show initiative and to  understand how they can contribute positively to the lives of others
• encourage respect for other people
• encourage respect for democracy
Once the leaders have written down everyone’s opinions they meet with staff and governors to discuss what has been said. Where children have suggested changes the group will discuss what is possible and what is not possible. Where children have said what they know or feel about something the circle leaders, staff and governors will discuss if anything needs to be done to improve this aspect of the school. 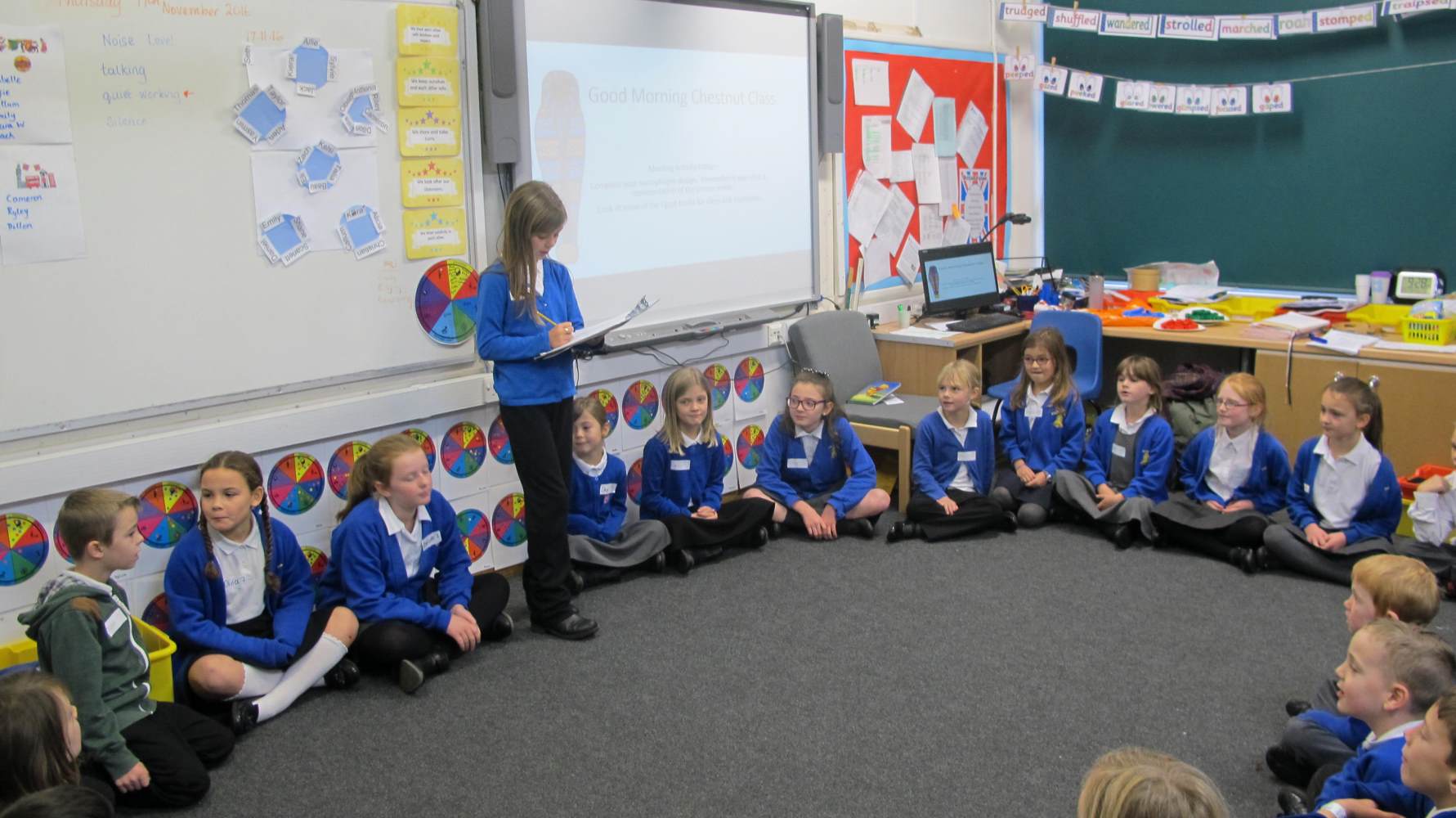 We encourage children to find things out for themselves and to report back to each other on what is going on, what is changing and what could be done to make the school even better.
Read the school newspaper here, written and edited by the pupils.